The Spectrum believes that universities should be a place of shelter. A place where students can come and better themselves in order to become better individuals and thus contribute to society in a positive manner. 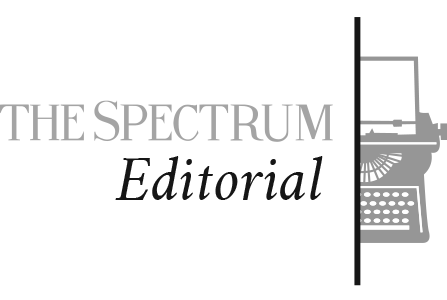 University isn’t something to be taken lightly. Education is the key to opportunity and economic growth. To take that ability away from someone who values it is counterintuitive.

The rescinding of Deferred Action for Childhood Arrivals is unjust in this manner. Why should a piece of legislation that seeks to make life better for people be casted out and replaced with nothing, casting those who are affected most into a storm of worry and anxiety.

A person who was brought to the U.S. as a child, meaning the choice to immigrate was involuntary, should not have to suffer the consequences of that decision. Similarly to how the U.S. justice system would never sentence a minor under the age of 15 to the same sentence as an adult, there is no reason to prosecute the Dreamers as if they are consenting adults in the decision their parents made.

It is criminal to assume the correct form of action is deportation for these people.

Most covered by DACA provided jobs and education to others in our country, making them contributing, functioning members in our country’s society. They grew up here and many do not know they are under DACA until they need a job or license.

The U.S. was founded and built by immigrants, and this should be remembered. The founders of the nation came here seeking opportunity and freedom, just like the Dreamers and their parents.

How can a nation whose ideals preach inclusivity and freedom take that away from people who have spent a majority of their life here, especially those who have fought to protect these ideals and rights for American citizens?

The repeal of DACA disregards morality and the human suffering that will be left in its wake.