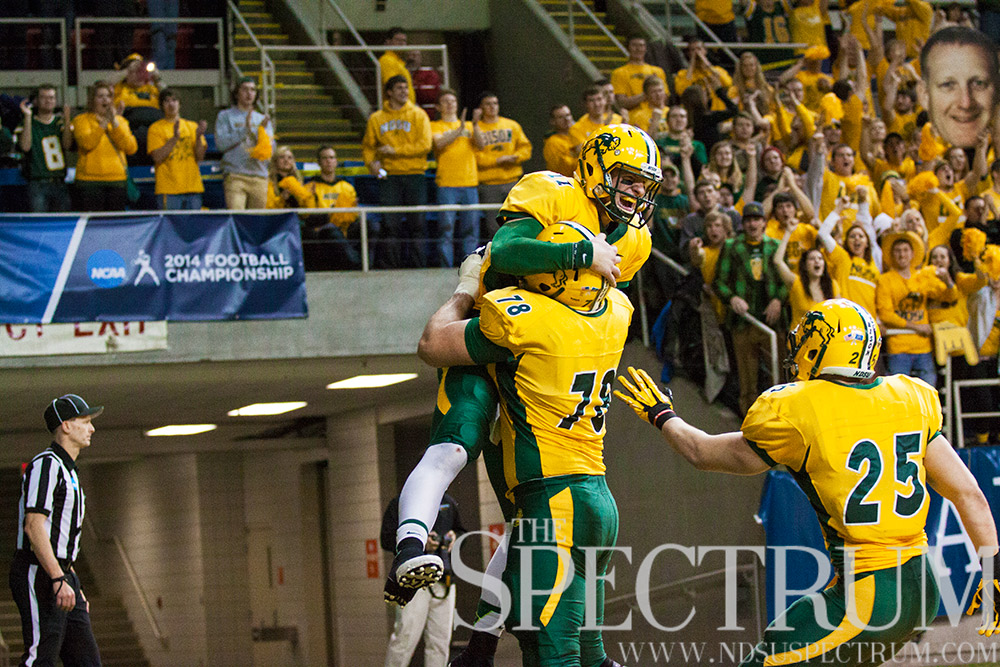 The roof blew off the state of North Dakota, glass mugs crashed to the bar floor and the Philadelphia Eagles selected Carson Wentz with the No. 2 pick in the 2016 NFL Draft on Thursday.

“It was awesome because I didn’t have to sit there very long either,” Wentz said in his NFL Draft press conference. “It’s been a long time coming; it’s been a long process and I couldn’t ask for a better place to go.”

As the green and gold fans drinks flowed, so did Wentz’s energy. He had been waiting for this moment since he was a little kid, probably running around his backyard with a football in his hand.

Now the Bismarck, N.D., native heads to Philadelphia and will try to take over the job of recently upset Eagles starting quarterback Sam Bradford.

Bradford, the 28-year-old, will make $35 million over the next two seasons, $22 million to be guaranteed.

Wentz, the 23-year-old will make around $26.7 million over his first four years with a $17.6 million signing bonus.

However, Wentz seems like the more mature quarterback out of the two at the moment.

On Thursday, Sal Paolantonio of ESPN reported that Bradford hasn’t been answering Doug Pederson’s phone calls. Pederson is the head coach of the Eagles.

And that isn’t a good sign for Wentz because he needs time to develop and sitting behind a man with 63 career NFL games underneath his belt would only benefit him.

Wentz needs a mentor at the next level.

Wentz has the arm, the athleticism and the knowledge of the game but also needs time to adjust to the NFL speed. That’s where Bradford comes in.

Time is money for Wentz but if Bradford’s trade request goes through or Bradford sticks with the Eagles but doesn’t lend a helping hand out to Wentz. The former NDSU quarterback may see the field quicker than we all thought.

And that may not be the smartest move for the organization or for Wentz’s career.

No one doubts Wentz’s competitiveness but the NFL is a completely new monster for the former FCS star quarterback. And Wentz will need some help from Bradford in crafting his NFL sword.

The man who protected Wentz’s blindside Joe Haeg was selected by the Indianapolis Colts in the fifth round.

“I had a great talk with Coach Pagano, their entire staff, the general manager, the owner. I definitely knew they were a team I wanted to play for,” Haeg told the Forum.