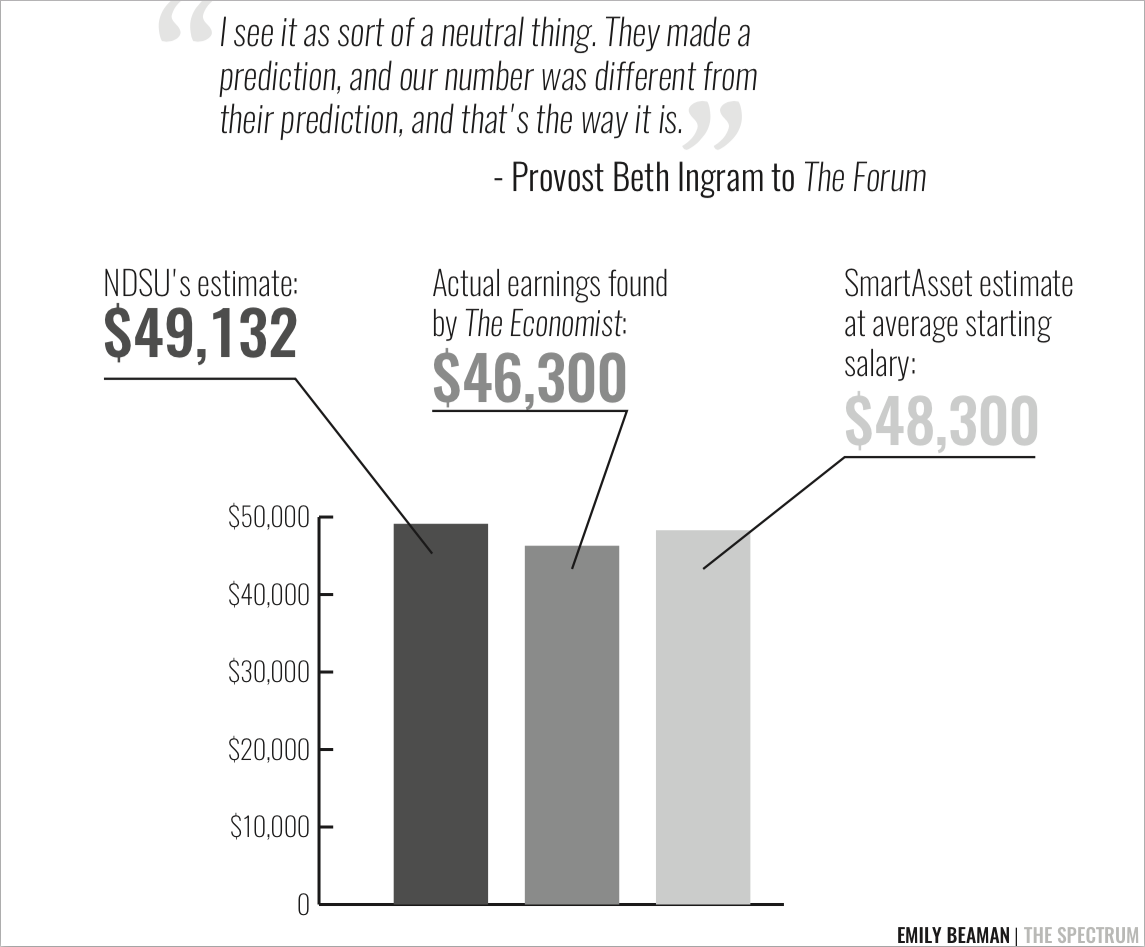 North Dakota State graduates could be making less than the university estimates, or so says a news magazine.

The Economist found NDSU grads are making a median salary of $46,300, less than the $49,132 reported by NDSU. The magazine ranked colleges based on comparisons of how much grads should earn based on their actual salaries, a number based on SAT scores, sex ratio, race breakdown and other factors.

Out of the 1,275 institutions profiled, The Economist ranked NDSU at 1,025 out of four-year, nonvocational colleges.

As for the disparity in estimates of grad salaries, Provost Beth Ingram told The Forum said it’s “sort of a neutral thing.”

The Economist based its finding for NDSU on 2011 data for students starting college in 2001.

Ingram said a number of reasons might exist for the differences in The Economist’s and NDSU’s reported grad salaries.

“We could have kids going to graduate school, and graduate students make very low income,” she told The Forum. “We could have kids that are choosing to go back to communities in North Dakota where wages are a little bit smaller. That doesn’t get taken into account by The Economist.”

Anna Gilbery, a junior in natural resources management, said the university should “get some new information” to make better predictions about its graduates’ expected salaries.

Heather Stanton, a graduate student in counseling, said the disparity is “kind of sad,” though she added numbers as high as the $40,000s are not “that huge of a difference.”

The Forum reported The Economist acknowledged its “limited” data as the magazine only includes students applying for federal financial aid.