Employees make laps around the two-storied space, making decisions on construction plans, ordering merchandise and finishing final touches like wiping down tables and lighting candles before the clock hits 11 a.m.

When the doors open and hungry customers slowly start filing in, the atmosphere changes.

Rosendahl, who attended North Dakota State for three years before transferring to the Culinary Institute of America, is the former executive chef of culinary development at Walt Disney World and vice president executive chef of Darden Restaurants/Red Lobster USA. 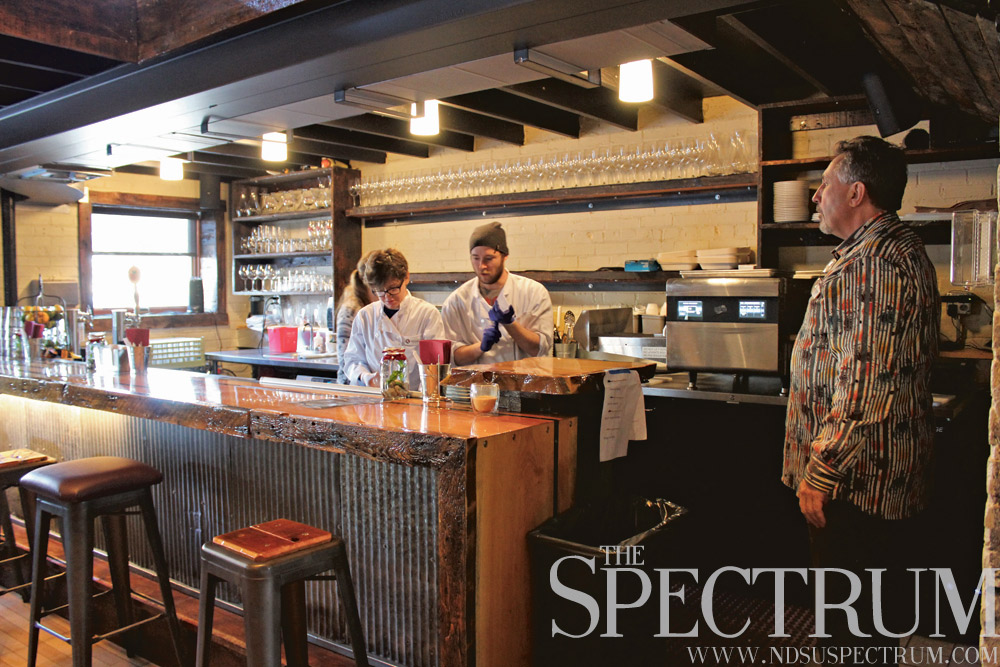 After opening restaurants across the country, he’s settling down at home in Fargo and choosing to focus his years of culinary experience on a homemade, comfort food — grilled cheese.

“I thought the favorite food of the world was bacon,” Rosendahl said. “You know, everybody loves bacon and you can put bacon on anything. But grilled cheese is the same.”

Construction is not expected to finishing until late March, but in the mean time Rosendahl is operating his bistro as a pop up.

Rosey’s menu now boasts eight variations on the classic grilled cheese like “The Greek,” with feta, olives and lemon curd on pita or “The Snobby Frenchman” made with brie, caramelized apples and maple-glazed pecans. Eventually, Rosendahl said he hopes Rosey’s will have upwards of 50 variations. 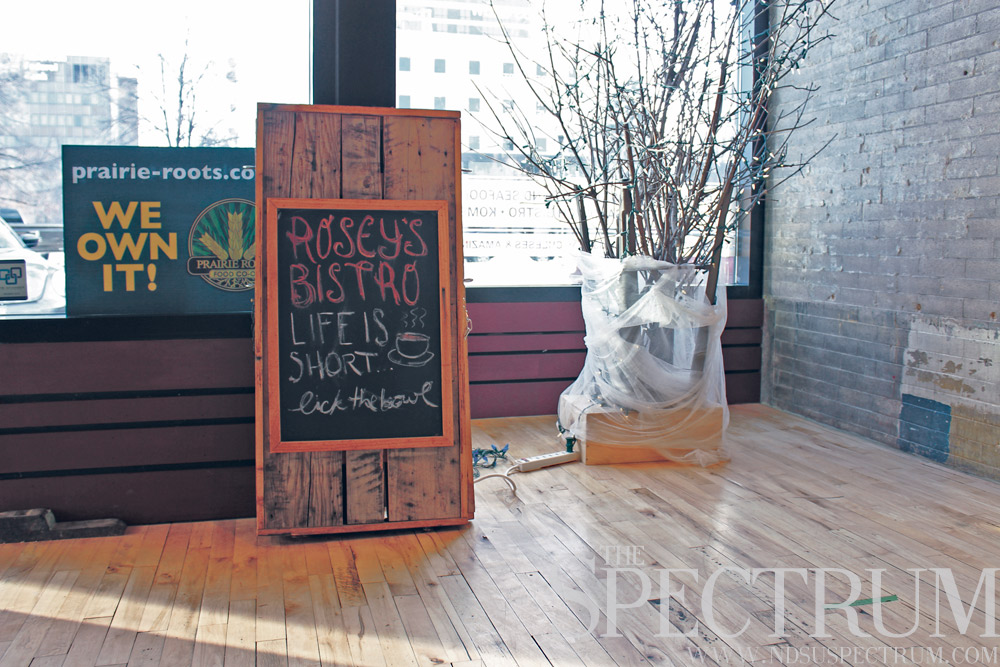 Of course, Rosey’s will also serve you the classic, gooey American cheese on white bread sandwich Rosendahl’s mother Helen, and many other moms, prepared.

When construction is finished, Rosey’s will feature seafood, meat and cheese market as well as a kombucha and wine bar.

Rather than fountain drinks, Rosey’s will serve soda, kombucha and flavored vodkas made on site with fresh fruit.

Renovations will include substantial expansion to the kitchen as well as expanding seating from the alley into the former galley space.

“We’ll always have about 44 seats in the back, but we’ll probably have in the neighborhood of 100 seats in the front, maybe more,” Rosendahl said.

Right now, sandwiches range in price from $5 to $8.

Rosendahl said the final restaurant will have something for everyone — maintaining it’s current affordability but featuring plenty of add-ons in the form of desserts, sides and drinks.

“You can pick out a two-year-old, cave-aged Swiss gruyere,” he said. “A wheel costs me about $2,000, but if you want a grilled cheese made out of that, I’ll be happy to make it for you. It might be a $25 grilled cheese, but boy is the cheese going to be amazing.”