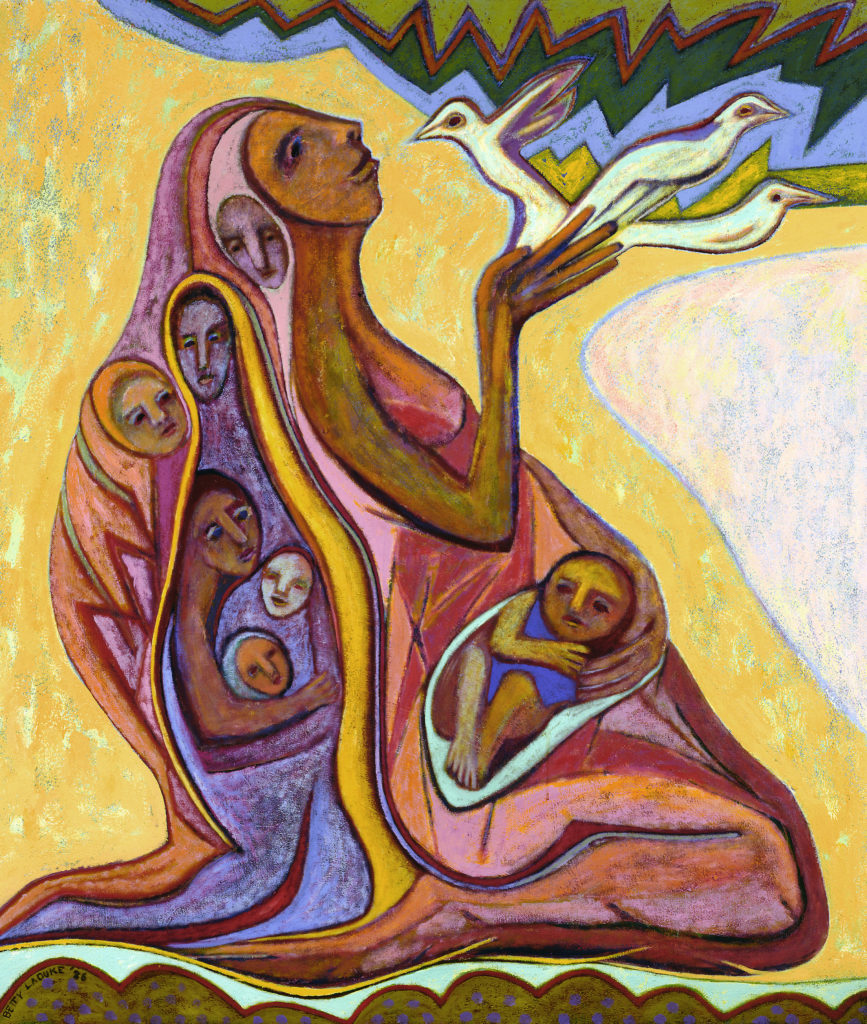 “Social Justice Revisited,” a collection of gicleé prints by artist Betty LaDuke, are on display at the Memorial Union Gallery through Nov. 15.

LaDuke’s work spans 30 years of social struggles, from the Civil Rights Movement of the ’60s to the Rohingya refugees, all are covered in vibrant color.

Gallery Director Anthony Faris explained the function of LaDuke’s work, saying, “Betty would like people to notice an element of hope in her work. The work is very colorful and very vibrant, so it’s very approachable. But then when you actually approach it, you are faced with something that does have a darker theme and a darker context to it. It shakes your understanding of the connection of what you’re seeing and what you know is happening.” Faris added that the work offers the ability to notice how some prejudices and challenges have shifted to different people over time. “You can see similarities in the Civil Rights Movement and Black Lives Matter,” Faris said.

It is not mere coincidence that LaDuke’s work is showcased leading up to the midterm elections. The exhibit is in partnership with “For Freedoms,” which is a 50-state initiative to have an exhibit or event around the time of the midterm election to incite conversation about democracy and freedom. Faris expanded on this by adding, “There’s this conversation about the refugee caravan that’s going on, so these issues are cropping up all the time, and if you say to yourself, ‘Well, if I was in this circumstance, God forbid, then how would I want to be treated?'”

The virtual reality gallery’s exhibits are also related to social injustices. The most interactive of the two, “I Am a Man,” puts you in the shoes of an African American sanitation worker during the strike in 1968. “It really gives you the context of where Betty was coming from in 1968 because we have lived past it; it’s history. But when you look down at your hands and they’re African American hands and just because of that skin color you had been repressed.”

The second is about the Rohingya refugees and is entitled “Forced to Flee.” It is a three-dimensional video that tells stories of rape, murder and exile.

The exhibit is available for viewing through Nov. 15 during normal gallery hours, 9 a.m.-5 p.m. Monday-Friday.