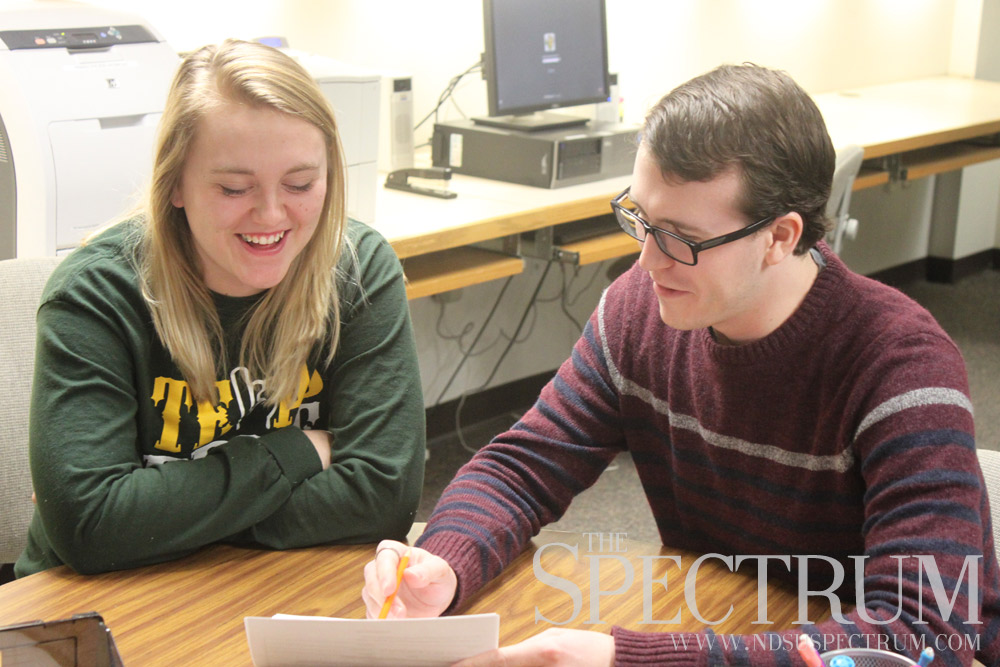 Hundreds packed into a hearing room last week in Bismarck to debate how North Dakota should teach K-12 students and measure their growth.

For five hours on Monday, legislators, business people, educators and parents listened and discussed House Bill 1461 at the Capitol. The bill, if passed, would repeal Common Core education standards in the state.

In its place, statewide standards would eventually be enacted. Lawmaker-appointed supervisors would manage the state’s new standards.

“Common Core is unraveling before our eyes,” Rep. Jim Kasper said to The Forum. Kasper is the prime sponsor of HB 1461.

Former Common Core validation committee member Sandra Stotsky testified to the crowd that, in preparation for today’s job market, “Common Core’s standards in math and English will retard your students.”

Stotsky did not support the final Common Core standards, citing its unchallenging and unfulfilling nature.

NDSU’s Head of the School of Education said plenty of work went into creating the Common Core standards in North Dakota.

William Martin said he would know; he helped write them.

Martin, the school’s head and professor of math education since 2006, worked on Common Core math standards from 2011 to its implementation in the 2013-2014 school year. He did so overall with 70 fellow North Dakotan educators.

Martin said a vital reason North Dakota pushed for Common Core standards was because of low science and math scores. His case-and-point of the problem: entry-level math courses at colleges.

“It’s not that they are not teaching those things,” Martin said of math generals. “The math that we teach in our college algebra … is math that was taught in high school by the teachers.”

The system, he said, needed to be addressed.

The taught content, however, has largely stayed the same for decades, Martin said.

“Even if it wasn’t Common Core standards and it was other standards that some other people wrote,” he said, “In the end, it’s going to look very much like Common Core and the standards from before.”

The issue people have with Common Core, he said, stems from outside forces.

“Most of the stuff we hear about getting rid of the Common Core is political rather than academic,” Martin said.

With a career in education spanning 24 years, Stacy Duffield once instructed classrooms without standards to follow.

Duffield, who has taught at the secondary level and in higher education exclusively in North Dakota, said she prefers having standards guide her class curricula.

“When I first started teaching, there was no direction,” the now-NDSU professor said. “… What was missing was that vertical alignment, that consistency of knowing this is what should be happening in first grade; this is what should happen in seventh grade.”

Duffield said she opposes HB 1461. She said often those who argue against Common Core are basing their facts on “misconceptions or misinformation.”

“What I’ve seen, many of the people who oppose (Common Core) tend to not oppose the standards themselves,” she continued.

Rather, their arguments stem from other aspects. These include collecting student scores, the origin of the standards, its overall application and the federal government’s involvement.

“I suspect a lot of (opponents) haven’t read the standards,” he said. “… I think you would find overwhelming support for this idea: that these are good standards.”

He said it boils down to opponents not wanting the federal government overstepping its confines.

Martin did note the merit, however, of localizing education.

“I think in North Dakota, we have a view of education that should be determined locally, which there’s a lot of validity to that,” he said. “Make sure that what you’re doing in the schools matches what the community and your students need.”

Not having set standards, he continued, throws a classroom into a state of limbo.

“The teachers and students will be left asking, ‘Now what do we do,” Duffield said.

“The standards do not prescribe what teachers teach,” she continued in an email, noting the difference between standards – criteria – and curriculum – what is taught.

In her 17 years teaching in North Dakota, she said she believes “these standards provide better skill-based instruction that the previous North Dakota state standards.”

“The Common Core Standards have had a positive impact on my teaching,” Schneider said.

With 1,794 NDSU students in the College of Human Development and Education, discussion on how to best teach children is commonly heard.

“The debate – is (Common Core) reasonable? – that’s exactly the kind of thing you’d want teachers to be talking about,” Martin said.

For English education major Shaylee Thomas, she said the debate is healthy.

“I think it’s good to have the system challenged,” the sophomore said.

She said she was, nonetheless, wary of changes to what professionals have created.

“I do think that the more it gets changed and revamped, the more it will lose credibility,” Thomas said. “How can teachers be expected to follow a Common Core if it is constantly up for debate?”

“NDSU has done a wonderful job in education its students about the standards,” Koppy said. “… NDSU inspires and produces teachers that understand.”