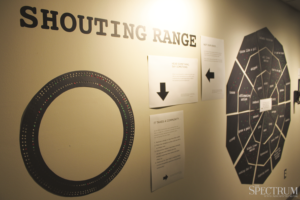 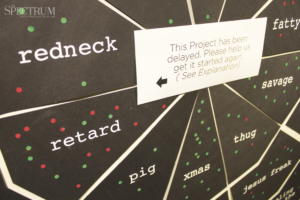 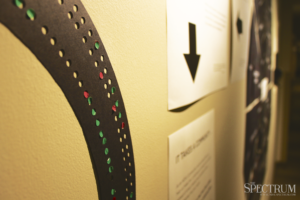 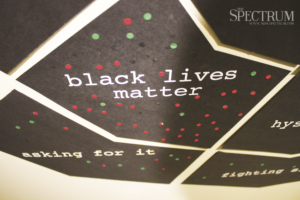 Vandals marred an art project hours after its instillation Thursday, but instead of taking the exhibit down, Memorial Union Gallery leadership is using the incident as a learning opportunity.

Examples of words or phrases include “redneck” and “Black Lives Matter.”

By 10:30 p.m. Thursday, after being installed at 5 p.m., the project had tens of new stickers “plastered” on the piece.

Many stickers were placed over existing dots, as the suspects apparently tried censoring opposing opinions.

In particular, the Black Lives Matter segment had nearly 50 red stickers placed on it, with preexisting green stickers covered up.

The project has since been “delayed,” with stickers removed for the time being.

A notice was placed near the exhibit Friday morning.

“The current state of this display is due to the actions of several individuals who took the time to erase other’s opinions,” the notice reads. “This is not reflective of NDSU or the student body as a whole.

“We apologize for the inconvenience while we deal with this vandalism.”

By Sunday, a new project and notices had been assembled.

“While it was disrespectful to deface the exhibit and offer an unkind representation of our NDSU values, we feel like this is a good opportunity to address this insensitivity and inconsiderate act,” read a notice titled “Hear Something, Say Something.”

The following notice, titled “It Takes A Community . .,” asks “that you help us make this a moment of strength and resolve.”

Passersby are asked to peel off existing stickers and place them in hole-filled circles near the original exhibit.

“Once all the stickers have been removed, we will and (sic) start FRESH with the project exploring how words and ideas affect us,” the last notice reads.

Gallery officials declined initial comment. The suspect or suspects have not been identified. Read our next issue for further updates.